The Last Coyote, by Michael Connelly

The Silent Man, by Alex Berenson

2) A weaker man would have found Shamir Taghi's pain unbearable.

So ends another year's Balderdash fun.
Posted by Mrs Guy at 5:53 PM No comments:

We couldn't help ourselves. The Balderdash / Novel game mashup continued. On our last night of vacation Balderdash we substituted categories 5 and 6 for the novel game.

Just Imagine
1) A pair of glasses found on the subway turn out to help their wearer see the best in people. A boy who finds them tries to march-make two seemingly dyed-in-the-wool grumps.
2) Two Japanese girls travel to new york for what would have been John Lennon's 60th birthday.
3) In this Judy Garland film that followed the Wizard of Oz, then ingenue Garland leaves the typing pool to work directly for her boss, William Holden, and the romance that she has imagined comes to pass.
4) Sci-Fi musical about a man who dies in 1930 only to be brought back to life in 1980.
5) A documentary about visualization techniques aiming to draw female students toward the sciences.
6) Two orphaned children in a foster home escape their circumstances by imagining amazing adventures. One day they make a wish on a lucky penny and their dreams begin to come true.
7) In this heartwarming drama, a homeless mother of four turns a cookie recipe into a bakery, and the bakery into a million dollar enterprise.

Charles Grigg
1) A pig farmer from Kentucky who taught his pigs to trot and sing.
2) The inventor of 7-Up
3) Founder of the "Grigg Institute For Parapsychology" in Ft. Lauderdale, Florida.
4) Was struck by lightning twice in one day, once in his house.
5) Was the New Orleans chef who invented Bananas Foster.
6) In 1973, Grigg made the "National Top 10 List Of Dumbest Bank Robbers" when he wrote his hold-up note on the back of one of his own deposit slips at his own bank.
7) Visionary entrepreneur known as "The Farmer of the Seas," and proprietor of the world's first whale dairy.

The Last Coyote, by Michael Connelly 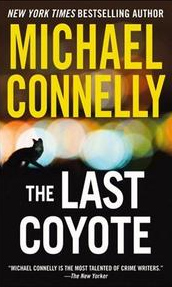 1) Harry answered the phone.
2) If you're down in the dumps, LA offers you two choices: go to the gym and dream of a body you'll never have or go see an old movie, preferably by Orson Welles.
3) Bosch took a long drag and thought "What a horse's ass" ; on the TV screen the mayor -- all serious concern now, the bastard -- began to address the crowd.
4) He was finally in, standing no more than 6 feet away from the coyote...the smuggler...the man who stole his mother's last breath.
5) Her hair fell in soft waves that framed her face, and if you didn't look at the photo too closely, you would almost think she was sleeping.
6) First a light drizzle then the heavens opened up and pured their gentle rain on the prone figure of one sad former detective, Harry Bosch, asleep on the dead lawn of his ramshackle Covina house.
7) "Any thoughts you'd like to start with?"

The Silent Man, by Alex Berenson 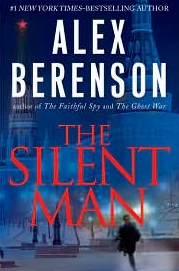 1) John Wells pulled into the Beverly Hills Hotel parking lot just before dawn and thought to himself "Hell, if I could save the world twice, I can do it a third time."
2) A weaker man would have found Shamir Taghi's pain unbearable.
3) A shriek ripped through the blue-walled corridor and he knew this was the absolute end.
4) The window shattered with the bullet's impact, a thousand bright stars exploding into John's hotel room, disturbing the still night air.
5) On the cover of the paperback novel of my dreams you'd find a trench coat opened to reveal a creamy bosom and a trickle of blood, but this is real life and my dreams ended twenty minutes ago with the tinny sound of my drugstore alarm clock.
6) It was the same dream he'd had for years but John was determined to act upon it differently...this time.
7) Islam is not the enemy, orchid growers are.

Answers in this space on another day.
Posted by Mrs Guy at 8:13 PM No comments:

Prairie: An Epic of the West, by Greg Tobin.

6. In the Moon of the Deer Pawing the Earth, Moon Hawk Sister, one of the older unmarried girls of the Crane band, gathered the children by a large fire in the center of the village.

Can you smell that sentence from where you are? To Piers Anthony it smells like dollars.

Shame of Man: A Geodyssey, by Piers Anthony

3. The great rift of East Africa is a fascinating region.

Man. We are all quitting our jobs and writing a novel, one sentence at a time.

Start writing your own novel. Play the vacation novel game :)

You can find the article that inspired the vacation novel game here.
Posted by Mrs Guy at 5:44 PM No comments:

The Results Are In!

5. inventor of the electric typewriter

&. A brown antelope with wide hooves that is able to walk on swamp land

For the second part of game one, the Guy Family decided to add another category. In Beyond Balderdash, the version we are using, rolling a six allows you to pick which category you want. In the Guy version, we made six the "vacation novel" category.

The way the game goes is this: in every vacation rental there is usually a bookcase filled with hideous novels. In this game, you pick one, read its title, show its cover, read the blurb from the back cover *only* and then everyone is required to write the opening line of the book. We had two turns in which we rolled a six.

Our first victim was Prairie: An Epic of the West, by Greg Tobin.

1. As the sun finally set, the sweet smell of prairie grass descended like a mist.
2. Joshua took one last look at his home of 42 years and as the sun rose behind him, he hitched his wagon and headed west.
3. It began with a series of lazy puffs, purple-grey smoke signals at the far edge of impending disaster.
4. They saw him laying face down in the dust and mud, gasping to breathe, traces of blood and paint slashed across his brow, and with little hope of ever being found.
5. Beaten for years by the driving sands and the crimson sun, Jasper's skin was tough as leather.
6. In the Moon of the Deer Pawing the Earth, Moon Hawk Sister, one of the older unmarried girls of the Crane band, gathered the children by a large fire in the center of the village.

Our second was Shame of Man: A Geodyssey, by Piers Anthony 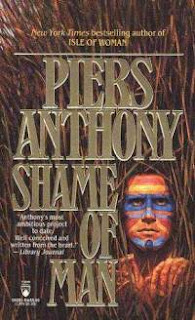 1. The red cloud looked like a deer, then slowly changed into a burning teepee.
2. The soul, she told him, is like an artichoke -- the outer leaves hold little bites of truth, but only under the turban of silk can you taste the flavor of the heart.
3. The great rift of East Africa is a fascinating region.
4. In the beginning, when the grass was green and the sky shimmered in azure blue, Hugh and Anne knew they had found paradise.
5. Hugh woke from a deep troubled sleep and as the crushing weight of countless memories of eons past came flooding into his consciousness, he asked himself for the umpteenth time "What year is it?"
6. Hugh saw her across the dance floor and thought that she was the most somber taxi dancer he'd ever seen.
7. The Earth wept as its back burned, and through the pitch black soot, a boy was born...again.
8. "I...will...NOT!" she said, eyes blazing as she broke out of his grasp; the candlelight played across the proud contours of her face.

If you, also, are on vacation when you read this, maybe you should play the vacation novel game.

My abs are still sore from laughing.
Posted by Mrs Guy at 5:36 PM No comments: