Is it Fall Yet?

It's technically fall, but it's the end of the summer here and the grass in the foothills is that bleached grey that comes either right before the rains or right before a fire.

The weather is gorgeous, and I can't wait for it to cede to the coolness and more saturated colors of fall. Why?

Yesterday we went to the city in an attempt to have mrguy's birthday, observed. Thwarted at every turn, I say.

We wanted to go the the modernism show to ogle furniture, but couldn't find a parking place within a quarter mile of the water. "You *people* and your happiness and your frolicking and your bicycles," said mrguy in his best old man voice. And as we left that neighborhood and tried others, it seemed as if the whole town was warm, bright and packed to the gills. Who took my city and turned it into Rio?

We finally took refuge in an izakaya, just as it was opening. Some rice balls, fried peppers, chicken hearts and beer set us right. Eventually mrguy craved the nest. Instead of the nice Japanese restaurant we'd picked out, we went home, ordered a pizza and watched Flight of the Conchords.

We'll come back on a gloomy day, when we can have the place to ourselves.
Posted by Mrs Guy at 2:25 PM No comments: 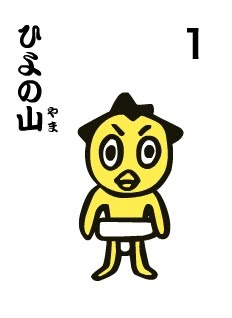 It's week two of the autumn sumo basho. In order for me to be able to view it, we splurged and ordered TV Japan.
First, TV Japan is awesome. We've watched a soap opera about mochi and a show that seemed to be all in pantomime and about manga, starring the Japanese "Mac Guy" in the Apple commercials. One night we watched an in-depth interview with a dj from WFMU. And a talk show that had a catsup tasting.
All this and sumo. Two hours of it, every day, broadcast in the wee hours. We record it. I'm a few days behind in my viewing.
What I watched last night was terrific (I think it was day five of the basho). We got to see an in-depth interview with one of the Mongolian wrestlers and watch him ride his Mongolian horse that looks like Cousin It. Chiyonofuji did color commentary that evening, and this was also the night that they debuted the new sumo mascot.
Ouch. I could have done without that part.
I am of the opinion that sumo does not need a mascot. The little friend, above, is the best looking of the bunch, but they've created a stuffed version of him that looks like the angriest, naked-est Muppet. It's not even cute. Mascots are supposed to be cute.
If this is the best idea you have for revitalizing the sport, people, what's next?
Dot racing?
Posted by Mrs Guy at 6:03 PM No comments:

The Miracle of Potatoes

A few months ago I was digging in the compost and found a beautiful Yukon Gold potato. I'd tried to compost it because it had turned too green to eat. When I saw him again he was a lovely yellow potato with a long stem and lots of green leaves.

The resident potato expert at work told me that if I replanted the potato and buried the entire stem, I would get many more potatoes. I was rewarded with this harvest: 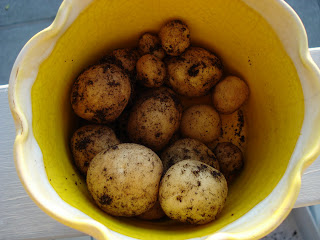 I am certain that there were more potatoes. The squirrels have been busy in my potato pot. The soil was disturbed and I found a peanut.

There were three small green potatoes in the bunch. I am returning them to the ground to see if I can get another harvest.
Posted by Mrs Guy at 7:42 PM 1 comment: 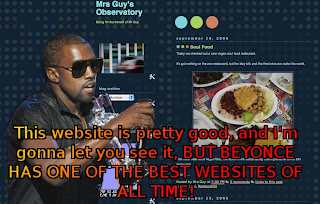 Today we checked out a new vegan soul food restaurant.

It's got nothing on the zen restaurant, but the bbq tofu and the fried okra are outta this world. 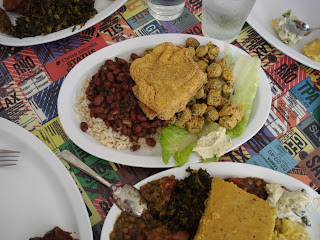 The more I eat other vegan food, the more I think about taking cooking lessons at the zen restaurant.

The oldest person in the world died this week. Gertrude Baines was 115 and ate bacon, fried chicken and ice cream. Complained a lot about her bacon not being crisp enough. Loved God.

A few years ago we went to the estate sale of one of the last veterans of WWI. He was the oldest man in the state. The wack-job running the sale wrote "Oldest Man" on everything that was tagged. An old Philco television sitting in the entryway bore a tag that said "Oldest Man Television $50".

Taped to the Oldest Man refrigerator was a hand printed set of instructions for how to cook his Eggo waffle and sausage, which were the only things he ate in the last few years of his life. Oldest Man was really interesting before he got to be so old (we did a little research), but I guess his longevity became his most outstanding (and final) achievement.

If I make it to some unreasonable age, I hope that someone chuckles when I complain about my bacon.
Posted by Mrs Guy at 12:59 PM No comments:

Seen in the City of Pride and Purpose

Our local Japanese restaurant has moved some of its sumo prints to make way for an exhibition of this quilt, made by the owner's wife. Seeing it made me feel as if I were 14 years old, in the best way. 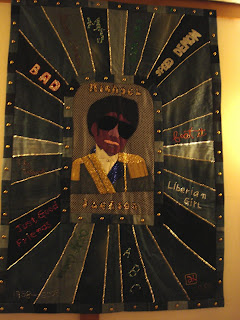 I love the love behind this.
Posted by Mrs Guy at 7:23 PM No comments:

mrs is for a lady or guy

The title is in honor of one of the visitors to mrsguy, but it's apropos because this post includes mrguy south, who I met for dinner last week in Studio City: 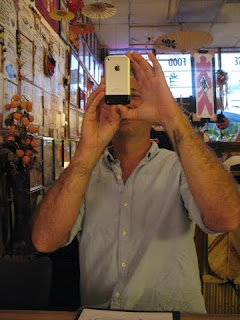 He took me to Daichan, which had an unusual menu and terrific atmosphere. It was like eating in a Japanese thrift store. Our waitress had pink hair and talked with a low husky voice that made me wonder if she smoked in her sleep as well as in the daytime.
After dinner we went to Fosters Freeze. Boy was it grubby, but the ice cream hit the spot. What is it about being out of town that makes you not care that a place where you're eating is filthy? Is it the same thing that kicks in when you get in a cab and don't buckle up?
Oh. Maybe that's just me. 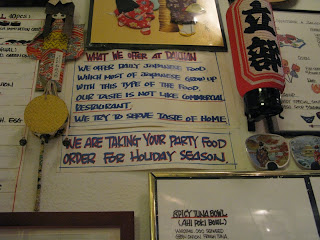 Blessedly I'm not sharing my work with you. However while I was working I took this picture by mistake. I call it "Accidental Awesomeness". 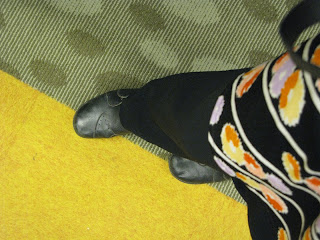 The next day my colleague and I went to the park. I'm not quite sure where I was when I took this picture but I can tell you that I was probably very happy. 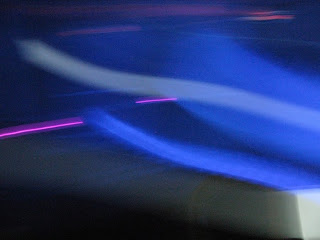 I can't believe that that was only last week.
Posted by Mrs Guy at 7:27 PM No comments: