A Fake Man Wants To Meet Me

mrguy and I had a delightful dinner with the Cincinnatans last week. Cack and Blick.

We go way back.

Cackler was the smartest girl in my Medieval Political Theory class at college. If nobody in the room knew the answer to the professor's question, he'd say "Miss Cackler?" and she'd shout out "Free will!" or somesuch. One Friday she jumped a ride with my carpool. We ended up in the Irish bar next to my apartment for a few hours, and our friendship began. I was bridesmaid at her first wedding (which she jovially calls "the mistake") and then she married Blick, a fabulous and younger man who is the world's foremost authority on two different topics, one esoteric and the other less so. Blick gave the convocation at our mr and mrsguy wedding (we don't have a name for it, but for symmetry's sake let's call it "the good idea").

Over the years, Cack and mrguy have reduced their intake of fleshes substantially. Cack doesn't eat pork or fish. Guy doesn't eat chicken, duck, beef or pork. Blick eats everything and cleans our plates. So we eat at this Chinese restaurant when they come to visit, and eat chicken and vegetables. And Blick cleans the plates when we're done. It's really quite a happy arrangement, a ritual that we only get to perform once a year.

I can't exactly recall how this came up, but Cack mentioned this potion that I used to keep in my purse, which was called Keep Away Hate: 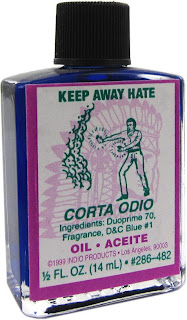 I used it for all manner of hate-distancing. If I was having a bad day I'd dab a little on my wrists and see if I could turn the day around. Mainly I used it on Sundays at the restaurant where I worked. I kept it in the coffee station. If a known antichrist was seated in my section, I'd dab a little Keep Away Hate on the underside of his or her coffee cup. It made me feel better. If they really misbehaved I'd put a dab on my finger, and go to their table to ask if everything was o.k., leaving a little blue deposit on their table. Nobody called me on it. Not my boss, who disapproved, nor the other waiters, who borrowed my potion on occasion.

In my defense I will say...nothing. It was a punk-ass thing to do. I probably worked in customer service 5 years too long. But when Cackler reminded me of it and that Keep Away Hate was made by Skippy's of Detroit, I had to laugh.

Skippy's also made the Alleged Black Salt that I sprinkled along my upstairs neighbor's threshold to encourage him to move. Got a bunch of it in my eye somehow and it really stung, no matter how "alleged" it was. In this case I will say something in my defense. My neighbor habitually picked fights with his roommate at 4:30 in the morning and the two of them would heave heavy objects (furniture, flowerpots) at each other while screaming. They had to go.

The black salt worked, but those tenants were replaced by a guy who watched the TV Guide channel at top volume for hours a day. We once played Japanese noise band the Boredoms, and Roadrunner (meep-meep) at top volume in retaliation, but he didn't seem to notice. Nice guy, actually. It's *amazing* how much better life is when you just knock on the door, introduce yourself and explain that the tv is a little too loud.

Today, when researching Keep Away Hate, I discovered that Cack's memory was right: Skippy's of Detroit had actually existed. Here are two guys in front of it back in the day. Now Skippy's is Indio Products, operating out of Commerce California. They sell the usual Santeria supplies as well as next generation stuff such as blue squares, attract customer spray, road opener and the ever popular keep away hate, which is now available as a floor wash.

Balderdashia 2013: The Results Are In 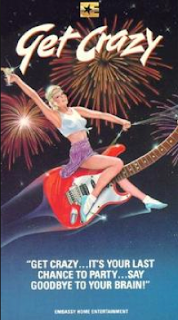 1) A New Year's Eve concert with Mick Jagger and Bob Dyland impersonators turns into a riot. 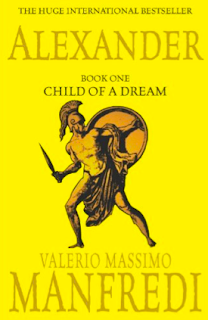 1) Olympius had decided to visit the Sanctuary of Dodona because of a strange premonition that had come to her as she slept alongside her husband Philip II, ing of the Macedonians who lay that night in a wine and food-sated slumber. 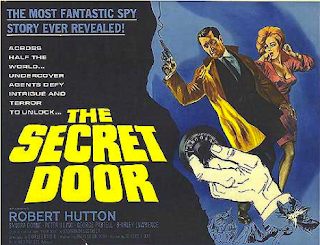 mrguy and I just finished making dinner. Our family dudes are setting the table. Some dudes are working on a jigsaw puzzle. The under-50 set has retreated with a personal electronic device. All is well.

We've been in Russodad for 4 days. It's somehow extra relaxing. Last night at dinner I told the story of buying a face-kini, and people laughed so hard that they cried.

After dinner we played our first round of Balderdash, substituting a vacation novel round for Dasher's Choice. Here's how it panned out:

Get Crazy (Movie Title):
1) A New Year's Eve concert with Mick Jagger and Bob Dyland impersonators turns into a riot.
2) In this thriller, a former intelligence officer knows too much and the government's attempts to have him institutionalized go awry when he stages an elaborate escape
3) The story of a failed PR slogan created for the cranberry industry and how they saved themselves.
4) "Crazy Legs" Calhoun is a bow-legged cowboy on the lam, in this western-meets-film-noir comedy caper.
5) Two scofflaws from the Bowery hide out from the cops in a loony bin.
6) In this zany comedy, Buster Keaton is tasked with coralling "Crazy," an errant goat, that is wreaking havoc at the town park.
7) Two 30-something guys steal a convertible and drive east. They open a movie theater in Rhode Island.

Alexander, Child of a Dream (Vacation Novel):
1) Olympius had decided to visit the Sanctuary of Dodona because of a strange premonition that had come to her as she slept alongside her husband Philip II, ing of the Macedonians who lay that night in a wine and food-sated slumber.
2) As foretold, Alexander was born at sunrise, proof to all that he was forged in Apollo's very crucible.
3) His remarkable blue eyes caused many to say that he was the awaited child who would bring peace to the land of his ancestors and glory to the kingdom of Greece.
4) First sleep, then a wakening from that sleep under the constellations of great portent.
5) The sea became suddenly still, the wind stopped, no sound could be heard...and everyone then knew, he was born.
6) Alexander was wakened by Trimalchio, his manservant, with a message that Hephebat, his intended, awaited by the stream.
7) She was marble-white with an orange mane and she noticed him even before he noticed her.

Secret Door (Movie):
1) Two orphans are kept safe in a hidden room.
2) Teenagers locked in a basement find a mysterious key, marked "Secret Door." Is it their means of escape? Or something sinister?
3) An upper-class fancy lady runs a literary salon behind a secret door in a pawn shop.
4) Hippies go on a trip, but not the one they were expecting.
5) American Burglars try to steal secret Japanese documents in Spain.
6) An escaped inmate on the run finds a secret door in a tree trunk, while cutting through a swamp in the bayou. He finds a civilization of advanced alligators sympathetic to his plight.
7) When the fridge opens on new dimensions of space, a housewife finds herself battling trolls and dragons for her return ticket.

Of my own volition I went to a poetry reading last night.

I know. So soon after my rant.

Our buddy, the poet, was quite good.

We met at the diner in 1990. He and his friend stopped by the restaurant to fortify before going in search of cheap underpants and vacuum cleaner bags at a few local stores. I wasn't sure if they were a couple -- they definitely were very close and had their funny schtick down pat. I hoped they would come in again, and they did.

The poet invited me to sing on some of his recordings. When mrguy entered the scene, the poet started making his recordings at mrguy's studio. Eventually his friend (of underpants and vacuum bag fame) suggested that the poet record me singing some work by the poet. Last night some of us from that recording project were reunited for the first time in 20 years at the poetry reading.

Our friend the poet was funny and wry, and I enjoyed the reading.

The other poet, more poet-like, was pretty good, too, although he spoke in the hushed poet tones that make me want to slap something. I couldn't help but like his work despite this.

I will take my poet friend's book with me and share it on vacation.
Posted by Mrs Guy at 8:40 AM No comments: