Another part of the H5 saga.

H5, as you may recall, was an old friend from the very old days when I was young and lived over an Irish bar. He and his buddies, all programmers or atom smashers of some sort, frequented the bar as did I, since doing so meant I could both be social and not have to clean up my own livingroom. The bar was my *other* livingroom.

The boys were the center of much of my social world. They were much older, had read all of the books that Classicists are supposed to read, and were fairly fluent in Old Norse. I'd just finished studying the Sagas myself, so we had a fair amount in common. Except they retained the stuff and I didn't.

They also had real jobs and I didn't. I was beginning my spectacular waitressing career that kept me just ahead of the rent, then $210. So they'd often buy me dinner in order for me to continue the evening's revel. We'd discovered a terrific French restaurant, Andre's, whose namesake chef loved to make our tummies happy.

One night after going to Andre's, H5 dropped me off and I noticed a certain tension, as if I were on a date I didn't know about. I ignored it, because I didn't want to know that he was sweet on me. It helped that I had a boyfriend (who also provided his grandfather's WWI French army uniform for me to wear to Andre's on Bastille day). They boyfriend was around only a little, and then not around at all. At that point I had no cover.

One day, I got a call from H5. A typical phone call from him would start like this: "This is.............[H]. Happy Einstein's birthday" (or Autumnal Equinox or whatever). We'd be talking for a while and then he'd say something absurd like "The boys and I were talking and we've decided that we'd like to create a religion with you as its figurehead." Awkward, right? Conversations like this happened with greater frequency until the day.

I came home from work, rehearsal and shopping to find that there was a sewage leak in my apartment. Funky brown water stood in my sink and my bathtub. I'd brought home mussels to cook, so I was filling a pan while trying not to look into the sink. The phone rang. It was H5.

"Hello, this is.............[H]. Happy [insert esoteric holiday]." This was followed by smalltalk on his end. I didn't have time to tell him that I was surrounded by vats of my own waste. It got worse. "I was wondering if you would consider...........marrying me?" There was no prelude to this, no holding hands or kissing or sharing of reading material. I said "Can you hold on for a sec?" I ran to another part of the apartment and screamed into a pile of dirty laundry. When I could put off returning to the phone no longer, I grabbed the phone but didn't know what to say. "Think of the advantages," he said. Unfortunately I couldn't think of the advantages, and my selfish self could only think of how awful it was to be caught off-guard in this sort of circumstance.

He'd done the right thing. In the chivalrous world he'd constructed for himself in his mind he'd found a damsel in distress (me), fallen for her, tried to protect her from her bad boyfriends and poverty and pay for her laundry (I never took him up on the laundry part). The only problem was that he never fully filled me in on his fantasy and I didn't want to know about it. 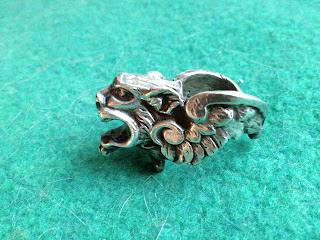 Today I ran across a ring he'd given me. A friend of his had made it out of coin silver. He hoped that if I ever needed money I would sell it. I don't need the money now, but I think I'll sell it and give the money to the SCA (Society for Creative Anachronism). He never quite got on with them, but they believe in a romanticism that's as deep as his.
Posted by Mrs Guy at 8:35 PM No comments:

A Visit To The Shto

mrguy and I just came back from the grocery store.

It's summertime, so produce is on my mind. Can I just say that I think that the pluot is a pointless fruit? Not to be confused with "that insufferable fruit," which how James Ellroy repeatedly referred to Kevin Spacey at a book signing I went to once, but I digress.

The pluot's main flaw is that it isn't better-tasting than a plum. It has some snazzy-looking skin, but that's about it. It is only slightly more flavorful than a star fruit, and that's just sad. 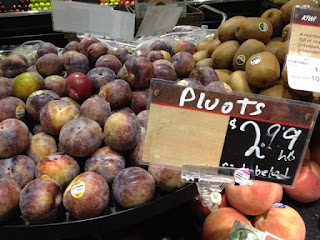 News for starch lovers -- Cheezits have completely succumbed to what mrguy calls "brand cancer". They have every kind of Cheezit now, whether we need it or not. Why would you make a "Colby" Cheezit? It's kinda like advertising an American cheese flavor. 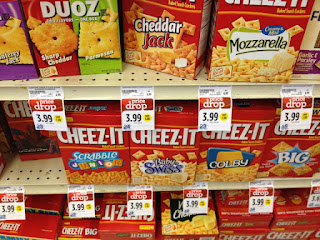 And over in the lady products aisle...wait! Where are the lady products? I asked mrguy and he directed me to what he calls "The corner of shame," a spot near the employee-only door and the fire extinguisher. I'm sure there's a joke in there somewhere, but I just can't find it :) 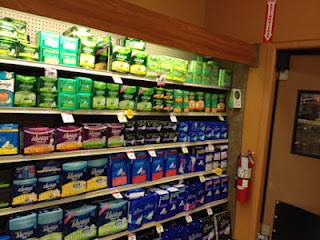 Back at the shack, I'm gathering some of our pears and some nectarines from the shto and will make a pie.
Posted by Mrs Guy at 3:10 PM No comments: 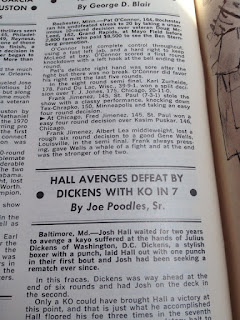 What Is More Sultry? 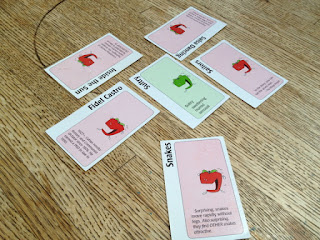 Refinery All Blow Up

mrguy and I were just sitting down to Hawaiian language class when I started getting multiple texts. One from my Wubbie, another from one of my teammates at work. The refinery was on fire. Was everything o.k.?

15 miles or so away, everything was grand. And now at home, things are pretty mellow, except that the cats are patrolling the house after having been subjected to the shelter-in-place sirens this evening.

Back in the day, when we lived in the old place, we were like the creamy filling in a refinery sandwich. The refinery up the street was pretty mellow. It would spew surreptitiously at night or during rainstorms. The older one to the south had less control over its waste product and was always spewing, or on the blink.

During the 7 1/2 years I lived in the old place, I was on a first name basis with the people who answered the phone at the air quality control board in the middle of the night. At first they wondered why I would call them so late, but these were the hours in which the refineries would have accidental releases. I worked late hours and so did my honey and if I didn't stay up I couldn't see him...why are you asking me this, air quality control dude?

Eventually we were all cool. The bummer was that although they had money to pay people to answer the phone in the middle of the night, they didn't seem to have money to pay inspectors to work in the middle of the night. The nice inspector would come in the morning and we'd chat about her kids. She knew that I knew what I was smelling, but unless she could smell it herself or detect it in a sample, there was no recourse.

Now we don't live near the refinery but we can see it twinkling at night from our house. Every once in a while it reaches out to remind us it's there.

After debuting at the Ukulele Festival in April, we were approached by a halau that needed musicians to back them up at this year's Aloha Festival. The last few months have been an introduction to the world of this halau, in specific, and to playing for dancers, in general.

Our first reaction was surprise, and excitement. What good luck to have this experience! And how great to debut at the Aloha Festival as a support act and not as as a featured group with its own time slot. Kinda perfect.

Rehearsals were interesting. Due to our summer schedules, our band wasn't able to be in the same place to rehearse for around 8 weeks. Whoever was available came to our weekly rehearsals and whoever was available came to rehearsals with the halau. The kumu was pretty flexible about the changing sound we were able to offer. At one point, when a rehearsal with the halau conflicted with my rehearsal with our girl band, mrguy played mrsguy for the night and sang my parts for the halau while I sang my parts with the girl band. Whew.

The Hawaiian band was *so* not in the same place that one of us had to fly in from out of town for the day to rehearse and play and then out the next, after our performance.

The dress rehearsal was fantastic, in its own way. It was in a large instructional space at a small Japanese preschool in a church. The corner we occupied was shared with various fish, turtle and tarantula tanks. The turtle was very curious as we played, and his water supply was very loud and splashy. At the end of the rehearsal my bag was splattered with turtle water :)

Yesterday was the big day. The grand mammoo came to see us, which was really touching, and friends from work also came (so cool!). The sound crew was very professional, but had been given the completely wrong info about our band's needs. The sound ended up being great. Imagine! My own sound coming out of the monitors! The halau did a great job and we did a great job, although I was nervous during the first number and wasn't able to sing as forcefully as I wanted on my solos.  Every once in a while, while performing, I'd see something that made me happy, like the next band, quietly waiting their turn on the second stage, cheering us on, or the sound guy wandering past us, eating malasadas. After we were done, one of the elder members of the halau told me that my falsetto is beautiful and sounds very Hawaiian. This is the highest compliment that I could be given, since I sometimes feel self-conscious about being a haole girl playing Hawaiian music in this community. So far people have been very kind.

The rest of the afternoon was a blur of eating, shopping, hugging and traveling. The band is all busting to get together again. The 18th is the band's 2nd anniversary, and we have a million goals we want to work toward together this year.