At our big brown box, we now have various forms of wildlife. Teensy woodpeckers, turkey vultures, deer and a turkey or two. And a turkey who seems like his name might be Henry, has a bride but she's not seen very often.

He mostly appears on the steep road up to our house, at a place we like to call Turkey Curve. I have seen him chase pedestrians around their cars. I have seen him on lawns and in the street, with his plumage relaxed or in full display for the ladies. mrguy saw him eating seeds off a newly seeded front lawn.

Yesterday, while driving home, the car in front of me slowed down and then pulled over. Henry ran across the street to the driver's side. A moment later the window rolled down and a hand cast some stuff into the street and drove off. I drove around Henry and followed the car. It was expensive and headed into the hills.

Update: yesterday I paused the car in the same spot and Henry ran across the street to engage me. I was so excited that I had to take a picture. 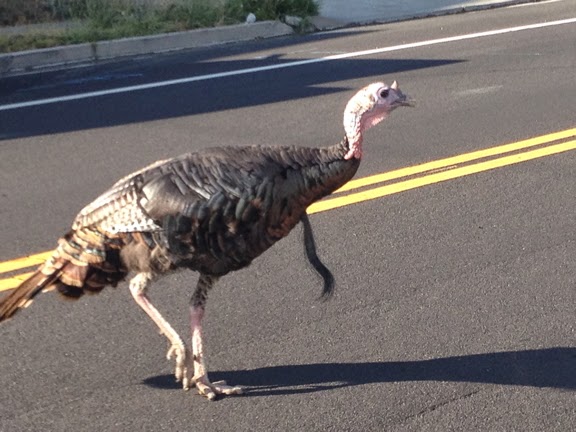 No cats were harmed in the making of this vacation. Mrguy went home and cat-proofed and slept over with the cats, and there was nothing to report. Came back the next day.

I can't think of a more relaxing setting for a vacation. The view from here is outstanding, and there is an enormous patio at the edge of the property where most of us have spent night after night watching the sunset or talking about the stars or just laughing ourselves sick.

We're already pencilled in for next year. 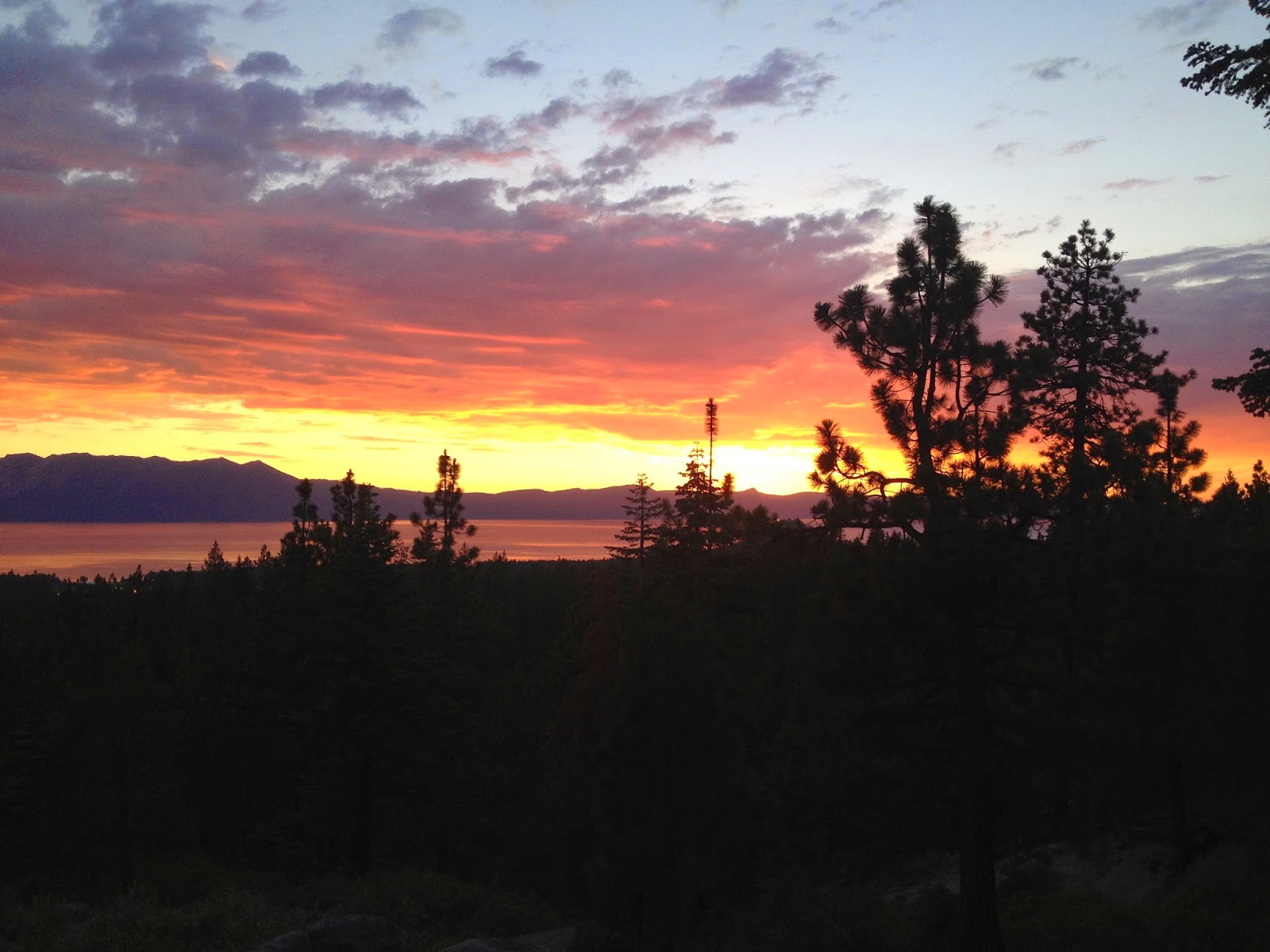 More on Valhalla later, but let's say that this new family vacation spot is amazing. A gigantic house, Norwegian-themed, with a view of a mountain range and the lake from all directions, and all of us are in good spirits. 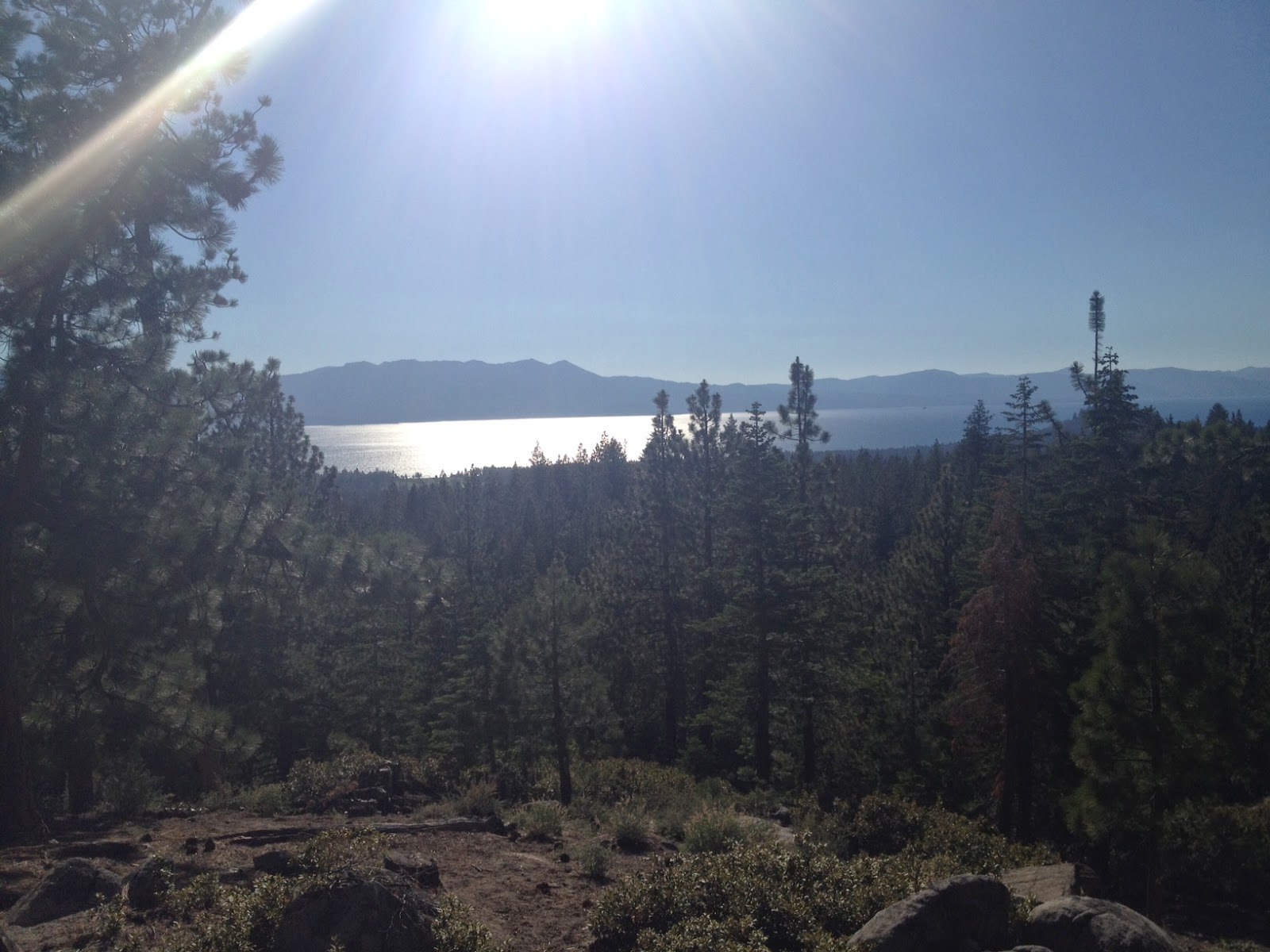 Then came the email.

Our younger boy, the pony, has gotten into the cabinets and eaten some of the treats that I brought back from Madrid, including a chocolate brownie. CATS! It just hasn't been the best week. 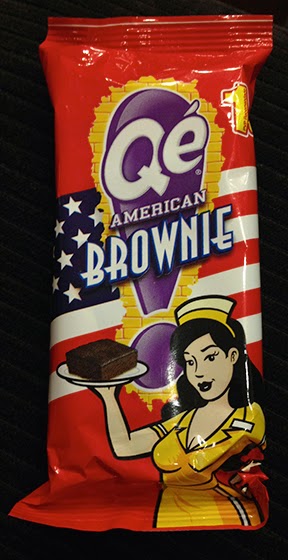 This is Nose. He's 18 1/2 and has kidney, bowel and thyroid issues. When one of those things gets off balance the whole works gets gummed up. He was so sick, and we thought it was curtains. After a day or two at the vet he looked like a 12-year-old: 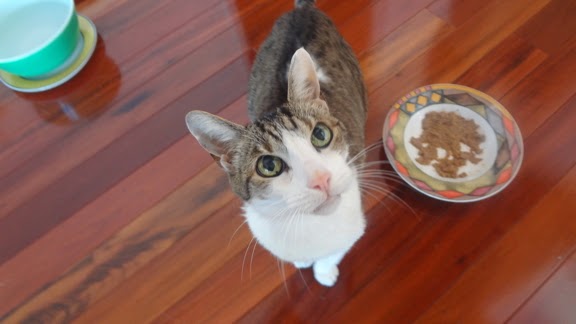 As soon as we got him home, the young boy got sick. He had a temperature, was emitting fluid from both ends. He was also frightened to death of the fireworks on the 3rd and 4th. So on Sunday I took him in. A million jillion dollars later, he was miraculously fine a day or so later.

We came up here to Valhalla yesterday and, as I said, it is remarkably pleasant and relaxing.

Then came the email. 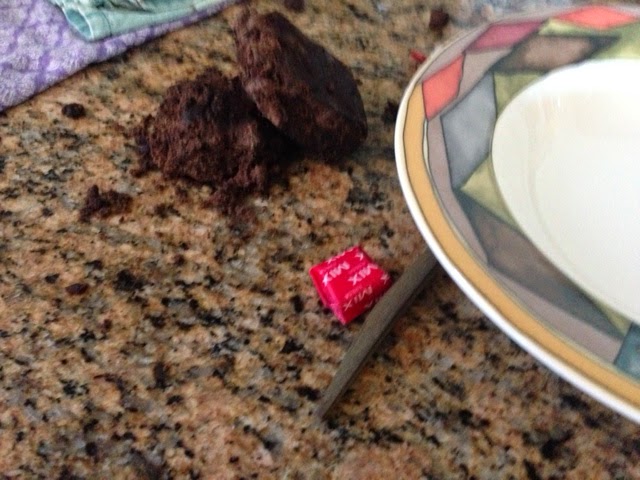 We reinstated his health so that he could climb into cabinets and eat things that could kill him? Argh. Mrguy is now driving 3.5 hours back home to further cat-proof the cabinets and sleep over so that he can make sure that the pony boy is safe.